Annual vegetables are familiar favourites in many gardens. Many gardeners are used to growing annuals from seed each year to feed themselves and their families. But fewer gardeners are aware of the potential of perennial vegetables. While these may not be as familiar as their annual cousins, they can be a great choice. Unlike annuals, they will grow in your garden not just for one season, but will return year after year.

What Are Perennial Vegetables?

If you are new to gardening, you may not be familiar with the word ‘perennial’. Perennial is just a term used to describe plants that live in your garden not just for one year, but over a number of years. It is likely that you are already familiar with a range of perennial plants that provide food, such as:

You may be less familiar, however, with vegetables that will grow in your garden year after year.

Most of the vegetables that are traditionally grown in gardens are annuals (or biennials – with a two year growing habit). Almost all are sown in the spring or summer and harvested later in the year. There are only a couple of common exceptions: asparagus, and rhubarb. These two are the most common that are grown. You may also have heard of globe artichokes – another perennial vegetable option. Learning how to grow your own food can take several years to master but is a great way to become self reliant.

However, you may be surprised to learn that there are a wide range of other vegetables that you could grow in your vegetable garden. 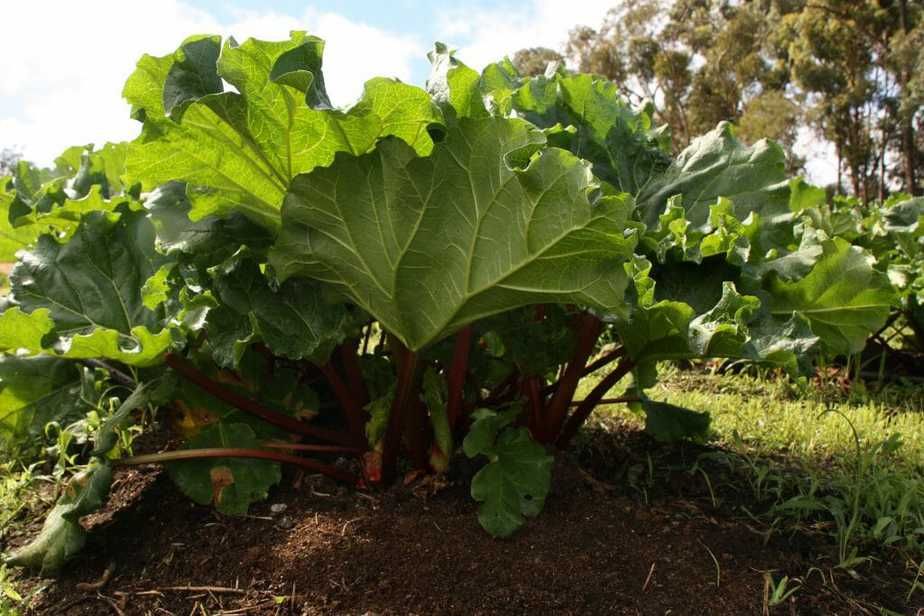 Rhubarb is one of the best known.

Which Perennial Vegetables Could I Consider?

There are a range of interesting and unusual types and varietals to consider, these include:

Rather than growing annual brassicas and other common annual leafy greens, you could consider:

This member of the cabbage family produces heads that resemble mini cauliflowers but taste more like broccoli. After the main head has been harvested, it will produce around nine smaller but no less tasty heads that look and taste like any annual sprouting broccoli. Prevent it from setting seed and it will keep producing its crop every spring for around five years, sometimes longer.

Much sought after as a perennial vegetable, Daubenton’s Kale is one of the best and most resilient perennial greens that you will find. Just like regular kale, this plant is extremely good for you and can be used in a range of recipes – but this kale is truly perennial and will continue to produce good, leafy growth for years.

Another cabbage-family option is ‘Everlasting cabbage’, which you can find in green and variegated varieties. When given good quantities of nutrition and water, this plant will be an abundant source of leafy greens throughout much of the year. 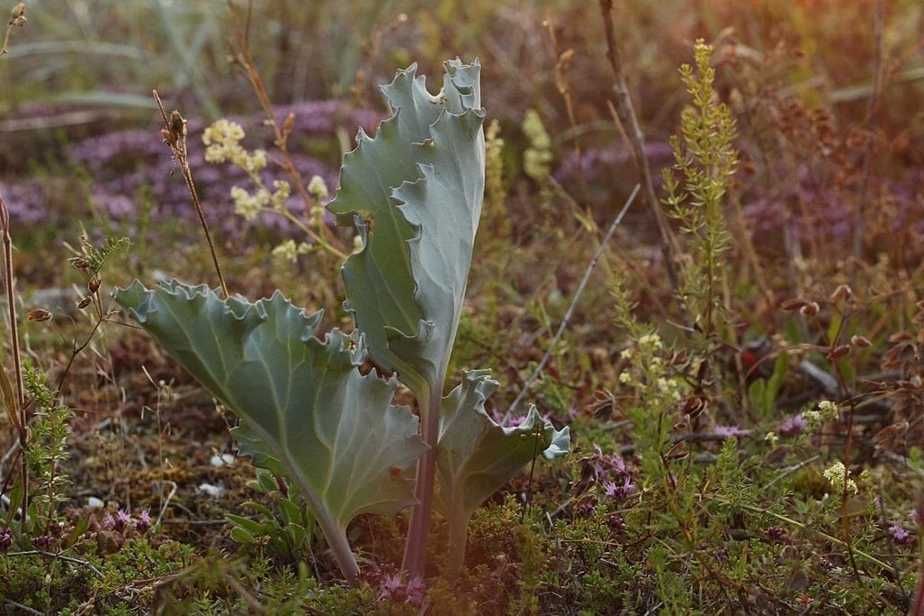 Sea kale grows close to the sea, but could also be grown in many gardens.

A less well known member of the Brassica family, perhaps, this plant may be familiar to anyone who has foraged along the seashores of Europe, where this plant can often be found. The plant has leaves much like any other Brassica but as it likes dry and free-draining conditions, could be an excellent choice for areas where rainwater can be scarce in summer.

Good King Henry is not very well known today, but was, for hundreds of years, a commonplace vegetable in cottage gardens. The leaves of Good King Henry can be used in much the same way as spinach, while the young shoots are a substitute for asparagus. Useful and versatile, Good King Henry is ideal for edible greens and for ‘poor man’s asparagus’. It is hardy and reliable and easy to care for, making it the perfect addition to a perennial planting plan.

Instead of (or as well as) growing annual onions in your polytunnel from seed or from sets, you could also consider growing some perennial onion alternatives. These include:

These hardy onions are harvested and used as spring onions or green onions. But the difference is that you can enjoy these ‘spring’ onions throughout the winter. These take up little space and once established, will endure for years in a perennial vegetable bed.

These unusual onions ‘walk’ along. They develop bulblets on the top of their tall stems in the early summer, which then bend down and root where they touch the soil. The leaves can be used like spring onions and the bulblets can be cooked whole in soups and stews.

Babington’s Leek, which tastes almost identical to regular, annual leeks, has a distinct advantage in that it is a true perennial, tough and requiring little maintenance. Simply leave the plant to establish itself for a year and then you can harvest by cutting off the small leeks above soil level. The baby leeks will then regrow from the bulb. 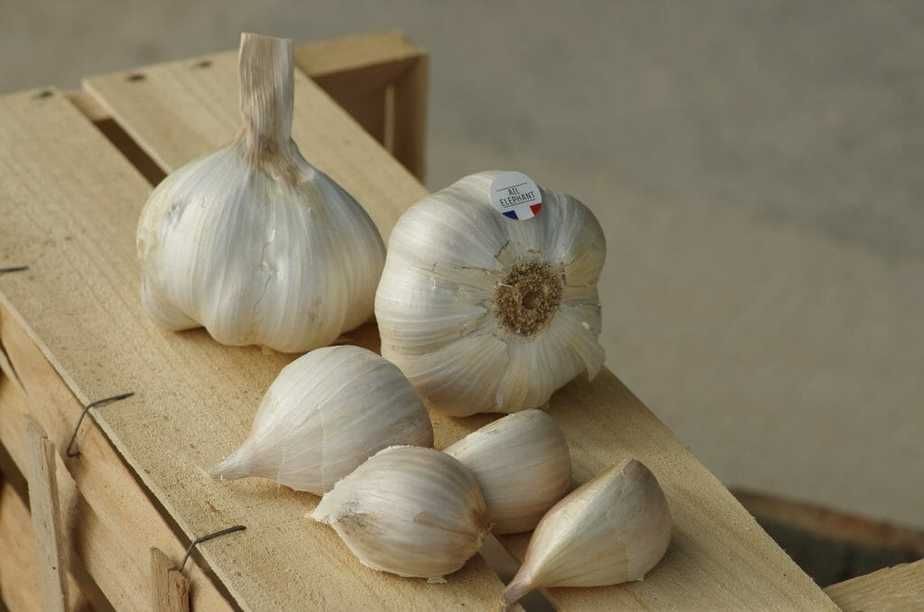 Elephant garlic is an interesting alternative to regular garlic and is easy to grow.

Elephant garlic, Allium ampeloprasum, is a relative of onions, leeks and garlic. It has most in common with the last two of these. Like the leek, it has a tall stalk and flat leaves. It is garlic-like in flavour and, like garlic, forms a bulb that is made up of cloves. However, the bulb is much larger than that of regular garlic, and it is a perennial crop.

In addition to considering the above, it is also worthwhile considering the potential of other edible crops that are commonly considered to be weeds. Some ‘weeds’ can also be useful and versatile. For example, the common stinging nettle, fat hen, chickweed, dandelions and more.

You may also wish to consider perennial plants that are usually considered to be ornamental, but which have great potential as edible crops. One great example is the hosta. All hostas are edible, and taste great. Most people who grow them, however, are unaware that they can also be used as a vegetable. The same is true of a number of other flowering or ornamental plants.

The Benefits of Perennial Vegetables

There are a wide range of reasons why it is a wonderful idea to grow perennial vegetables in your garden. First of all, there are the benefits to the gardener:

There are also benefits to the natural world:

These are just some of the reasons to consider creating a perennial vegetable growing area in your garden.

How To Grow Perennial Vegetables

They can be grown from seed, or planted out as bare root or pot grown plants in the spring or fall. How and where you choose to grow them exactly will depend on where you live and the conditions to be found there.

However, while the requirements of the individual plants, and how they react to their environment will differ, there are certain practices to follow for all such vegetables. Mostly, these practices centre around the creation of polycultures.

It is a good idea to create polyculture growing areas. These areas might also include:

They can work well on the fringes of a forest garden. They can also work well in mixed borders or beds, which can be beautiful as well as useful.

You can make new growing areas for your vegetables and their companion plants by using permaculture techniques such as sheet-mulching/ lasagna bed creation, or hugelkultur, for example. Be sure to think about how you can use natural resources around you to create fertile and healthy growing areas for your perennial plants.

Whichever perennial plants you choose to include in your polycultures, it is important to think about how the fertility of those areas will be maintained over time. In a successful polyculture, the plants themselves, and other garden helpers – wildlife above and below the soil – will cater for a lot of the needs of the edible plants you wish to grow. This reduces the amount of work for the gardener – though of course there will still be some work that you have to do.

A gardener will tend a perennial vegetable polyculture by:

But human agency is not the only thing acting on the garden and maintaining it over time. You will likely also have:

Perennial vegetables differ from annual vegetables in that they will remain in the ground and come back year after year. But one of the great things about them is that they can often be used in much the same way as equivalent annual crops.

The leafy green perennial plants mentioned above can be the equivalent of common annual crops like broccoli, cabbage, and other brassicas, or other leafy greens like spinach or chard. They can be cooked in much the same way as these plants and used as replacements or alternatives to them in a range of recipes.

Likewise, the onions described above can be used as alternatives to spring onions or scallions, white onions or leeks. These too need not restrict your diet and can be used in a huge range of different ways in the kitchen.

So if you want to live more sustainably, and go greener in your garden, creating these polycultures and growing some could be a great way to go. 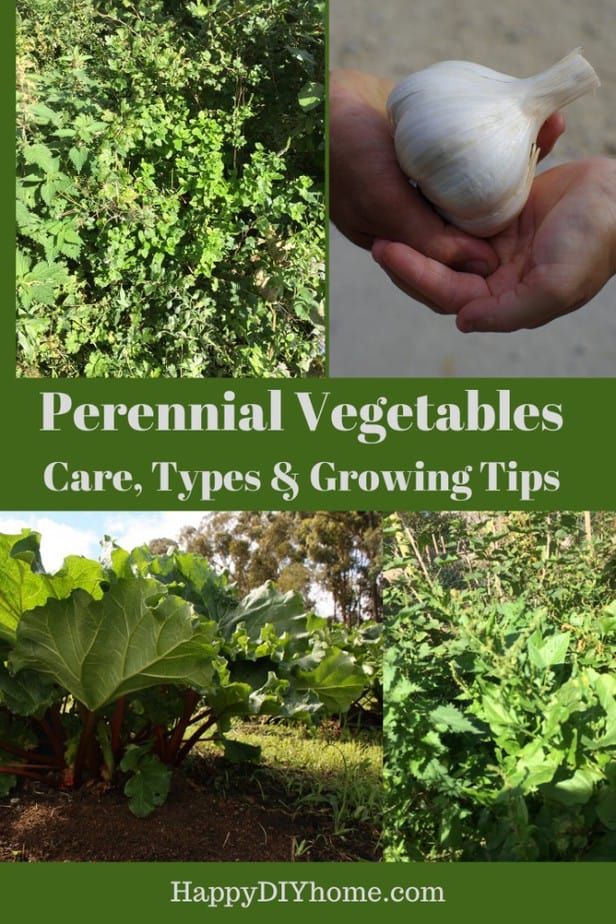