They’re typically meant for people who grow perennial plants because these plants live through several growing seasons. Perennials need to be able to survive cold temperatures. You take your plants and look at their planting zone and compare it to where you fall in the spectrum. If you fall in the correct zone, the plants should do well. If your climate falls outside of their comfort zone, they can incur damage during the colder months that kills them off.

The most popular planting zone maps are called zone hardiness maps. The Natural Resources Canada and the U.S. Department of Agriculture create and update them. Each country uses different measures to create their hardiness zone map. 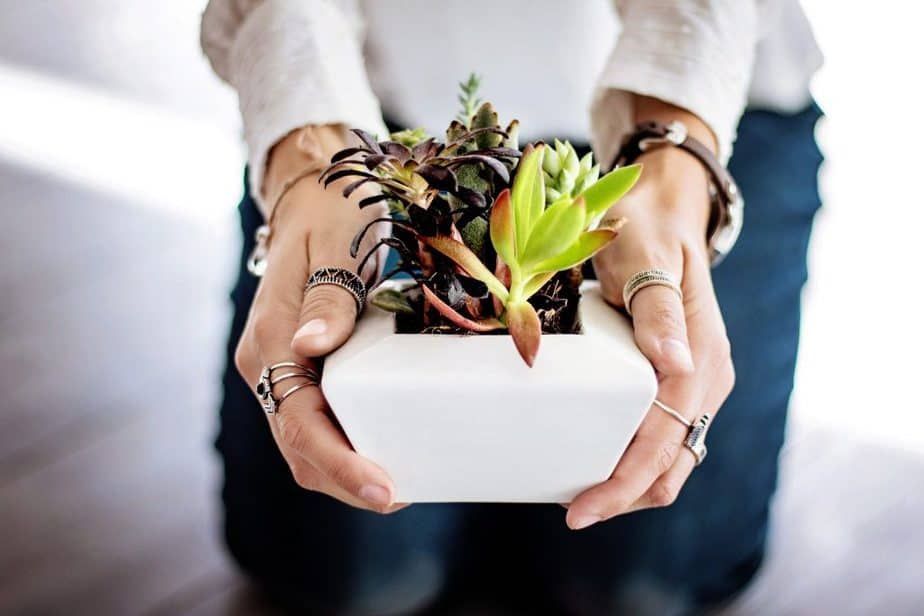 It’s possible to start your plants indoors and transplant them when it gets warmer.

The American Horticultural Society produced a revised hardiness zone map in 2003 that featured temperature data they collected from July of 1986 until March of 2002. This map put most areas around a half-zone higher than the original 1990 map. Additionally, this hardiness zone map mimicked the makeup of the 1960 planting zone map. It showed finer details like urban heat islands and the downtowns of larger cities like Atlantic City in New Jersey, Washington, D.C., and Baltimore, Maryland.

This revised planting zone map also excluded the a/b subdivisions that the USDA introduced in 1990. In response to this hardiness zone map, the USDA rejected it. However, they did revamp their map and turned it into an interactive computerized format.

The Arbor Day Foundation released an updated hardiness zone definition in 2006. It revised these zones and showed that many parts of the country had warmer temperatures. The USDA updated their hardiness zone map again in 2012. It added two new hardiness zones, and the map is a higher resolution. Zone boundaries expanded, and many planting zones were found to be at least half of a zone warmer. The map has a zip code function that you can use to find out exactly where you fall in the planting zones.

Breaking Down Which Plants Survive in Each Planting Zone

Planting zones zero and one was created for the northernmost areas of Alaska. Here, temperatures fall below -65°F in the winter months, and it’s dark for several months out of the year. Because of this, most plants don’t grow well in this planting zone. You may find the odd shrub or tree, but perennials can’t survive the bitter cold and dark winter months. 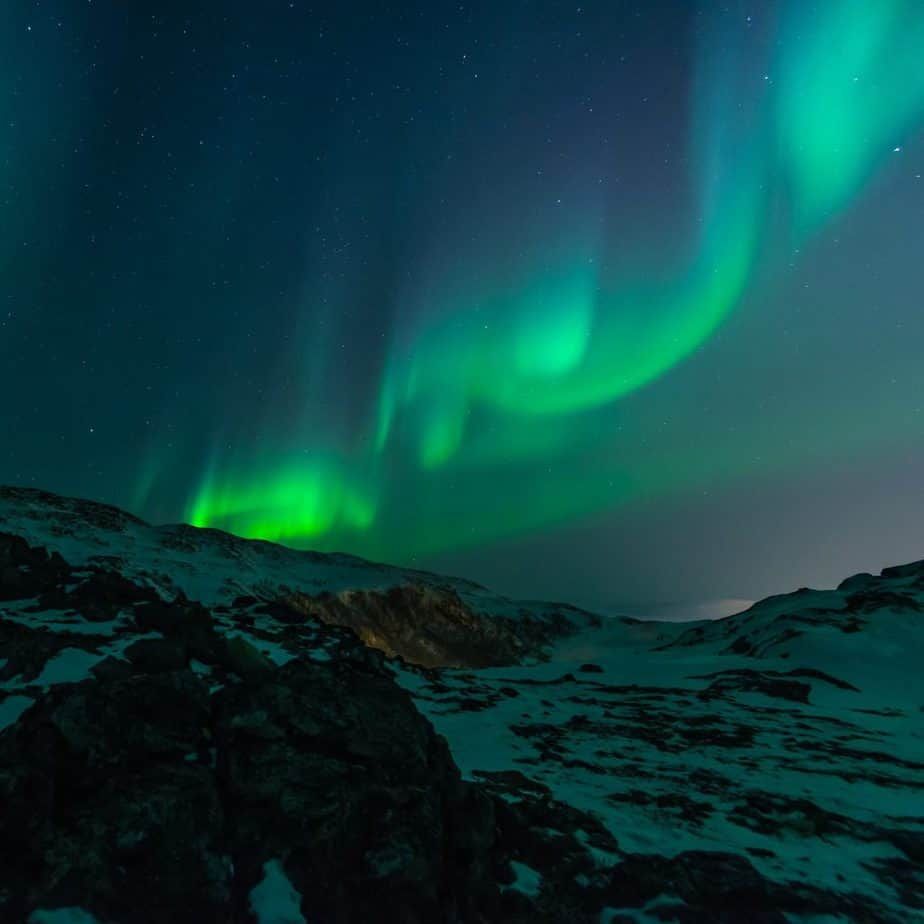 Planting zones zero and one are often too harsh for much vegetation to grow and thrive.

Planting zone two can still get bitterly cold in the winter months, but there are several different vegetables that can deal with the short growing season. You’ll usually be able to grow your vegetables from April to September. Things like beets, brussel sprouts, celery, cabbage, parsnips, peas, spinach, strawberries, and turnips will do well in this planting zone.

There are also several different plant species that can grow in these shorter growing months. They include but are not limited to: 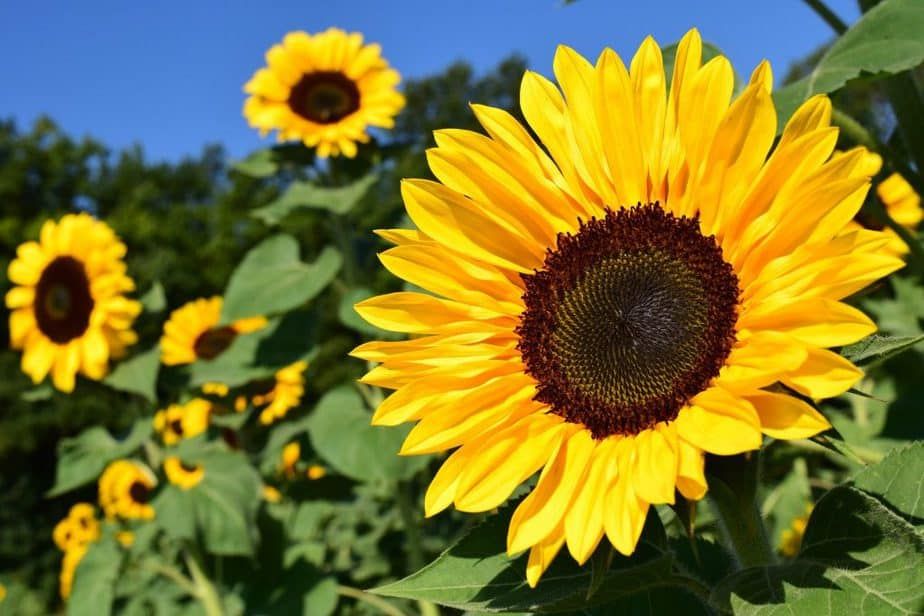 Sunflowers are popular plants due to their large size and bright colors, and do well in these planting zones.

Zone three has a slightly longer growing season that starts in April and goes to October. This is the perfect planting zones for most vegetables and some fruits. You can easily grow asparagus, broccoli, eggplant, kale, lettuce, pole beans, red and white potatoes, spinach, strawberries, sweet peas, vine tomatoes, and winter squash. 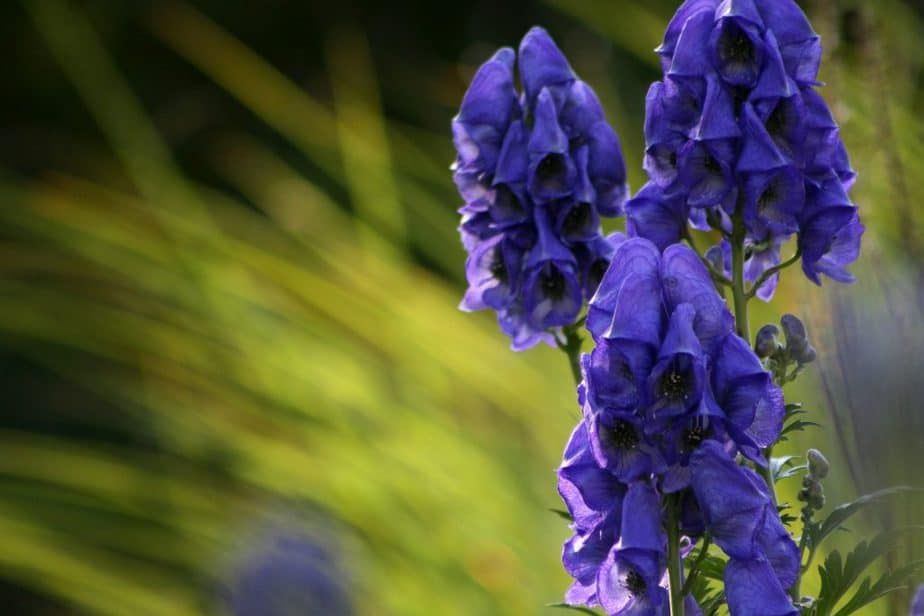 Monkshood has flowers that look like a monk’s hood. This is where the name came from. They grow well in this planting zone.

Flowers do alright in this zone as long as they bloom in the middle summer months and are ready to cut back and winter by September. This can be tricky, but the best plants for this planting zone include:

This zone features a slightly longer growing period that starts in late March and goes until early October. The frost is usually slow to come in and quick to leave. This makes it an ideal zone to plant corn, tomatoes, beans, melons, lettuce, strawberries, and other greens like spinach. However, you do want to harvest them quickly because cold snaps are common in mid-october.

Zone five is also great for perennials and shrubs because it gives them a longer season to grow and ground themselves before going dormant for the winter. You can grow in this planting zone: 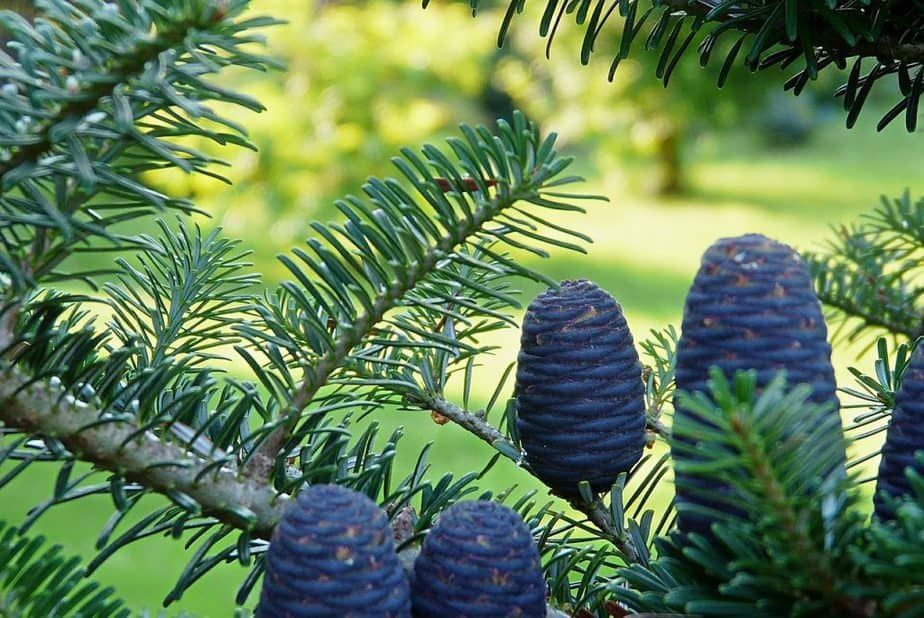 Planting zones six has slightly more mild temperatures that rarely go over -10 below zero. It also has very warm summer months that stretch from mid-March until the end of October. Various vegetable plants thrive in this zone, and you can easily plant and harvest corn, peppers, tomatoes, squash, cucumbers, and potatoes. Annuals and perennials do well too, as long as you give them time to root.

If you want to start your plants, you should start them very early in the season and transplant them outside. Several examples of plants that do well in this planting zone include:

Planting zones seven has an even longer growing season that makes it a great choice for those slower-maturing vegetables. The growing season starts in mid-March, but it goes until the start of November. You can easily grow leafy greens, asparagus, carrots, bush beans, collard greens, carrots, squash, tomatoes, melons, and corn.

If  you’re someone who would rather plant flowers and shrubs, you’re in luck. There are several varieties that do well in this zone, and they include: 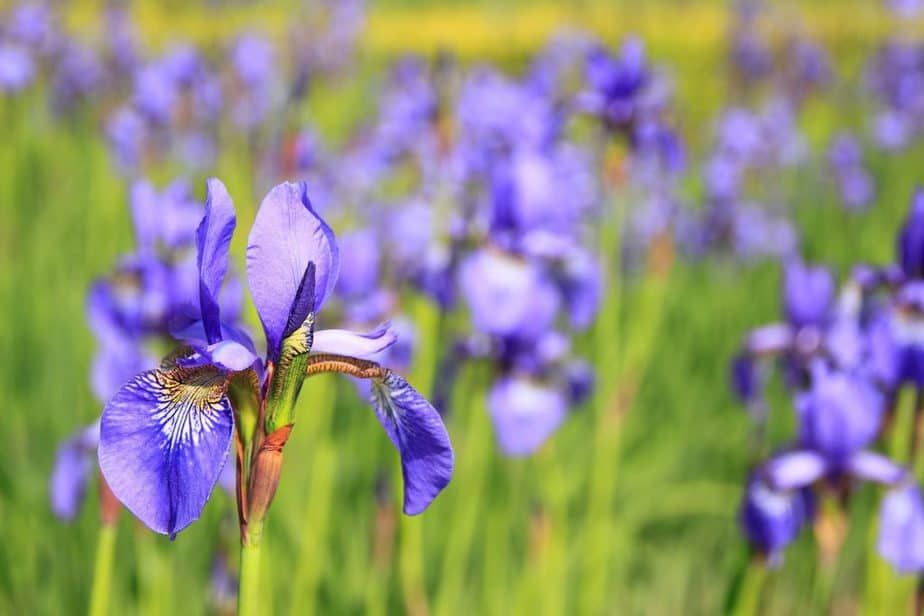 The Iris is a very popular Easter flower due to the rich purple hue.

Planting zones eight has a growing season very similar to zone seven that starts in early March and goes until the start of November. The summer weather is hotter and more humid here. This makes it a good choice for anyone who wants to grow kale, spinach, peas, squash, onions, beets, tomatoes, and beans. You do want to start potatoes and onions slightly later in the season.

For people who want to grow flowers instead of vegetables, there are a host of different annuals and perennials you can choose from. Plants that grow well in this zone include:

Although you can’t quite grow plants year-round yet, zone nine offers a growing season that starts in mid-February and goes until November. You can easily grow and harvest several fruits and vegetables including bananas, citrus, corn, figs, melons, peaches, peppers, salad greens,  sweet peas, squash, tomatoes, and yams.

If your focus is more on flowers, the very hot summer temperatures open the door for a host of gorgeous flowers and hardy plants. You can grow in this zone: 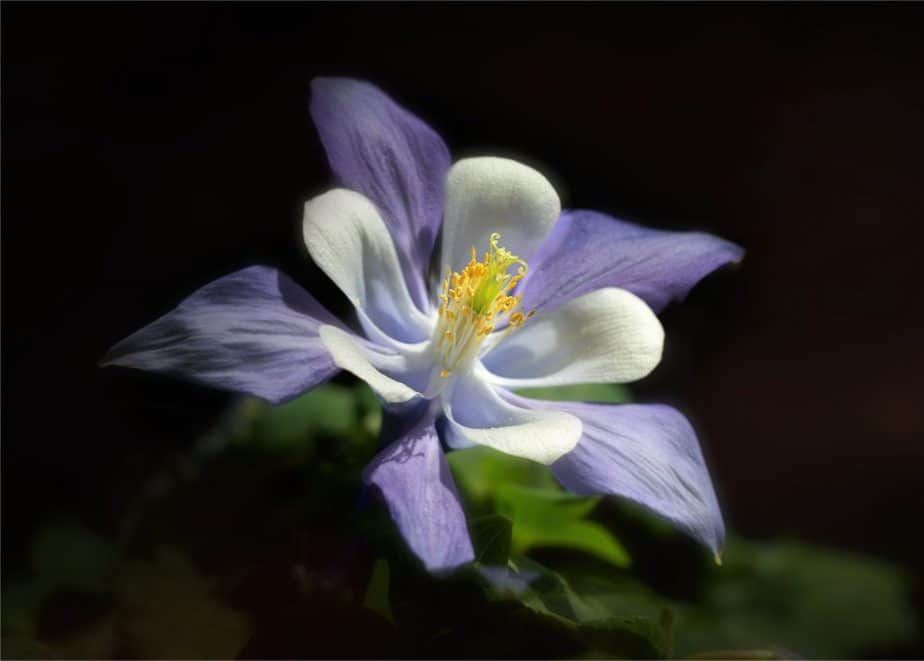 Columbine comes in several striking colors that makes it a favorite garden plant.

The planting timeline for zone ten is very similar to zone nine. It has a long growing season that starts in mid-February and goes until the middle of November. You can grow beans, cantaloupe, basil, celery, figs, oranges, lemons, cucumbers, sweet potatoes, and watermelon.

The flower choices you have in this zone vary as well. You can grow more tropical plants as well as traditional houseplants. A few common choices for this zone include:

Tropical and heat-loving flowers do very well in these two planting zones as well. You should have a lot of success planting and growing the following in these planting zones: 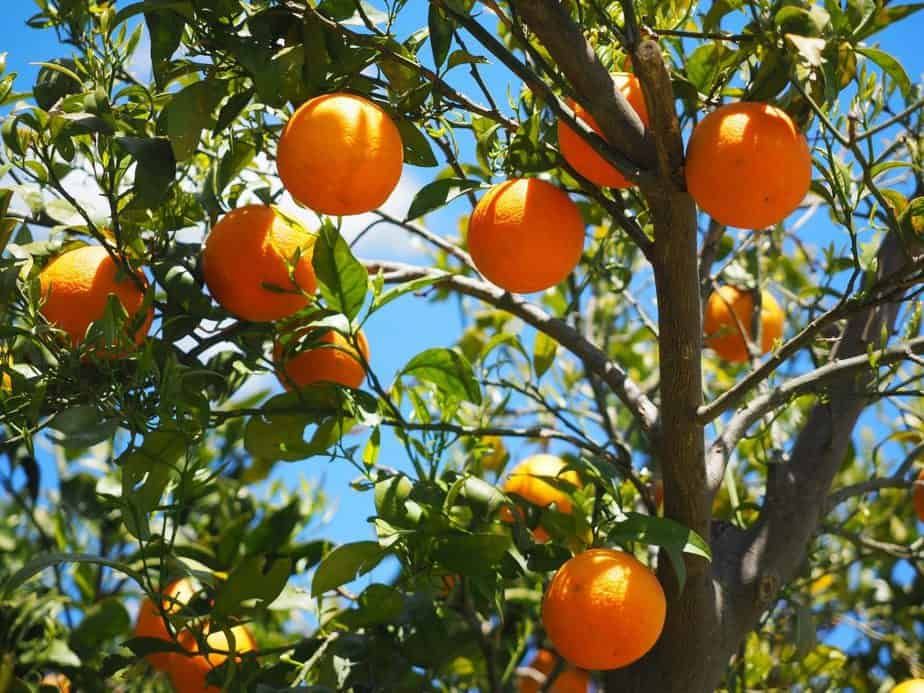 These planting zones are perfect for citrus fruits due to their warm year-round weather.

No matter which planting zones you live in, you can find vegetables and flowers that thrive in these conditions. Take your time, pick out the best options for your growing conditions with the hardiness zone map, and watch your plants thrive year after year. 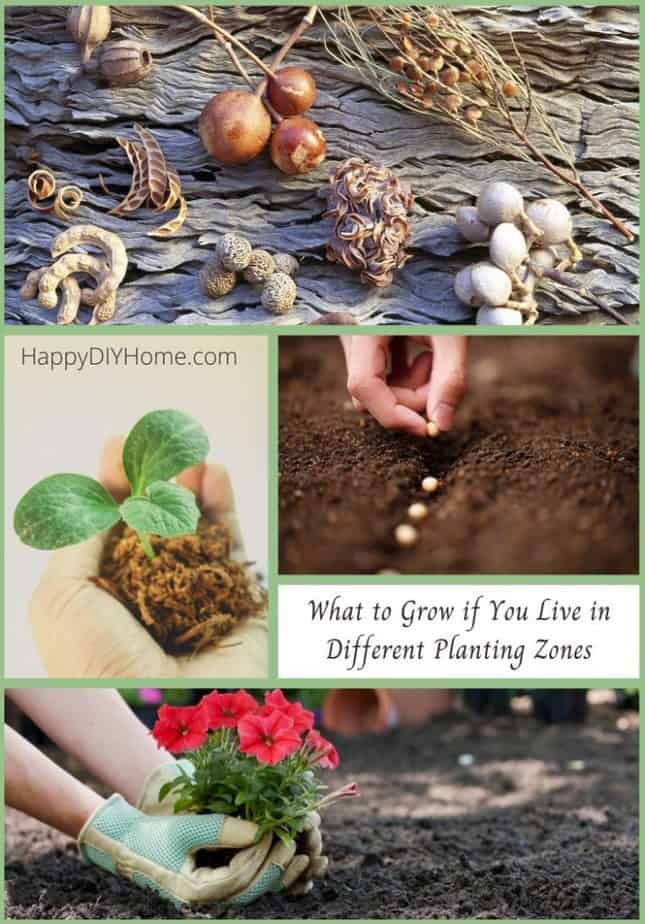