The star flower is a wildflower that is native to the forests and woods of North America, and you can find it growing in tamarack and birch bogs. It also grows in sandy swap rises, and in sandy soil that you’ll find around the edges of woodlands.

Star flowers tend to do very well in pristine areas that are undisturbed by human activity, like in the southern Appalachian mountains. This is a perennial herb that is a member of the primrose or Primulaceae family. It gets the name star flower due to the singular, pretty star-shaped flower it produces. Trientalis is the Latin genus name, and it means ⅓ of a foot. This references the plant’s height, and the epithet borealis is a nod to the plant’s northern origins. 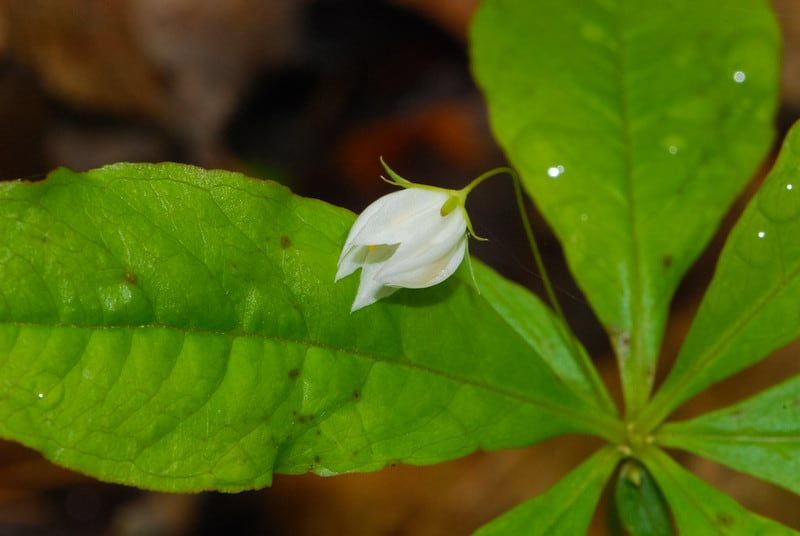 This bright white flower is much smaller for a wildflower, and it has pretty light green foliage that helps showcase the bloom. American Starflower by Joshua Mayer / CC BY-SA 2.0

The star flower will develop an erect stem that is between two and eight inches tall, and it has a world of five to nine leaves at the apex. The stem can be a light green or have a red or yellow tint to it, and it’s relatively slenderm terete, and glabrous. The stems can be naked, or they can have a few leaves that are scale-like and inconspicuous.

The bigger whorled foliage at the apex are usually between one and four inches long and ¼ to 1 ½ inches across. They are a medium green color, and they have an oblong-elliptic to lanceolate-elliptic shape to them that is smooth along the margins. The leaves will gradually taper off to an acute tip, and the bases are wedge-shaped and narrow.

If you look at the center of the whorled leaves on the star flower, you’ll see one to three blooms form. The pedicels where the blooms form are between ¾ and 2 ½ inches long, light green, slender, and terete. Each star-shaped flower is between ½ to ¾ inches across, and they usually feature seven white petals that spread with light green sepals. The stamens are very light yellow, and they have a single white style. The flowers can have between five and nine petals per bloom.

The petals are longer than the sepals on the star flower, and they will bloom in mid-spring to early summer each year. The flowers will last between two and four weeks, and they fade to be replaced by ovoid seed capsules that are much shorter than the plant’s sepals. Eventually, these capsules will split open to allow the flower to release the seeds. The root system on this plant is fibrous and rhizomatous, and the rhizomes are long and slender.

Even though this is a wildflower, it does have some unique growing conditions that you’re going to want to mimic as closely as you can to ensure your plant thrives. It’s not common to have it in your cottage gardens, but you can try and see if you have success with it. Just be careful as it tends to spread.

This North American native is very low-maintenance once you manage to get them established and thriving. The only general maintenance and grooming you’ll have to do for them is if you don’t want them to continue spreading throughout your yard. If not, you’ll deadhead the flowers before they turn into seed pods to help prevent the plants from self-seeding.

As this is a woodland flower, it loves to be in a space where it gets light shade or dappled sunlight for between six and eight hours a day at minimum. The star flower is winter-hardy as well in planting zones three to seven. Also, just because the star flower can tolerate temperatures that soar above 100°F, it really prefers to be in an environment that has cooler summer months. 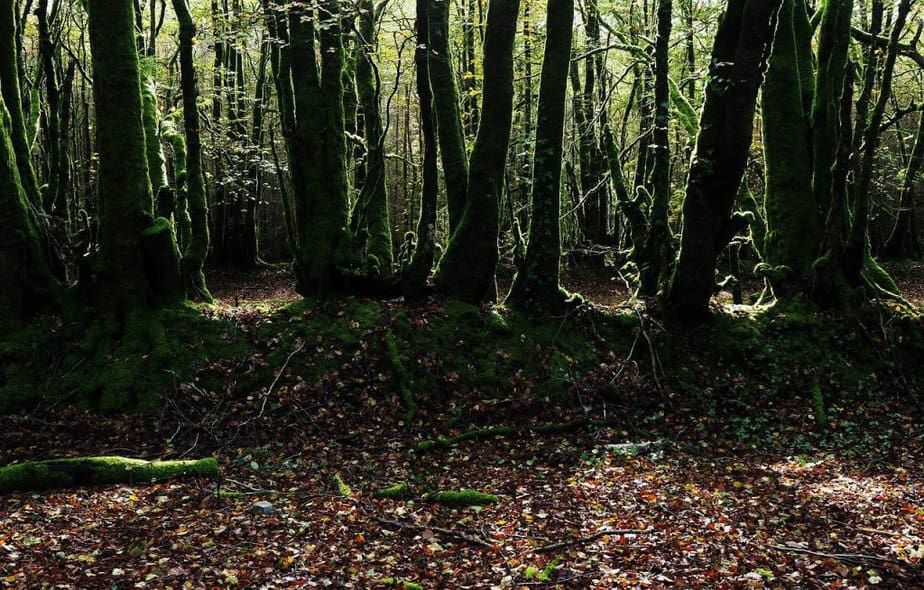 You can plant your star flowers by trees or taller shrubs to help get the dappled light or partial shade they need to thrive, especially if you live in a hotter climate.

To keep this plant happy, it has to be in acidic but well-draining soil that you work to keep slightly moist as it would get in the natural woodland setting. You can mix in peat moss or sand to ensure it has great drainage.

The key to watering this plant is to do so in a way that mimics being in a woodland environment. So, the soil should be consistently moist but never soaked or soggy. You should water occasionally but deeply, and you want to water in the early morning hours or in the evening so the water has a few hours to soak in instead of evaporating in the sun. It’s common to apply a topdressing of organic mulch or compost to keep the plant roots cool and help retain moisture.

This plant will self-seed if you leave it to its own devices, and it also spreads underground using rhizomes. If you want to grow the star flower from seed, all you have to do is sow them directly into your prepared soil in the autumn after the first frost hits and cover them with a light layer of mulch. The seeds require cold stratification over the winter months to germinate. They should start to come up in the spring months, and they’ll spread as long as you let them.

Unlike many different plants, star flowers have almost no edible uses, and you’ll find very scarce medicinal ones. It also wasn’t widely used by the Native Americans for medicinal purposes. However, a few groups of Native Americans have claimed that you can use this plant to help treat eye ailments, but there are no hard instructions on how to do so. 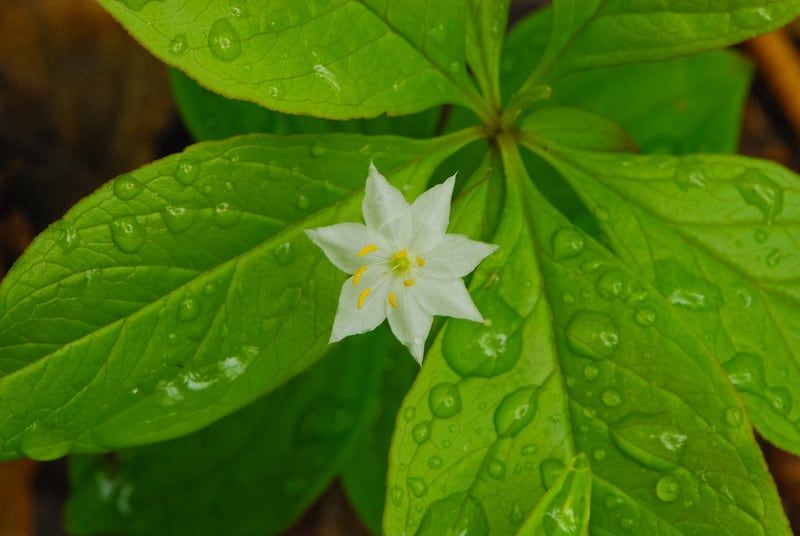 Even though there aren’t many uses for this plant, it looks lovely planted in your yard or garden if you’re after a low-maintenance space. Starflower in Bloom by Joshua Mayer / CC BY-SA 2.0

In some areas, this plant tends to overlap and get confused with the Indian Cucumber Root (Medeola virginiana) before the plant flowers. Once they flower, you’ll notice that the blooms are very different and easy to distinguish. With the Cucumber Root plant, the leaves have parallel veins that run from the base instead of having a centralized vein. However, it does also have foliage that has a single whorl, and the older plants usually develop a second whorl. Indian Cucumber Root also hasn’t been found in Minnesota yet, but you can find it growing in Wisconsin.

The star flower is a pretty wildflower that you can plant if you don’t mind it growing across your yard as the years go on. It produces small white flowers with pretty medium-green foliage, and it works as a ground cover as it only gets a few inches high in most instances. However, it can be difficult to remove once it establishes itself, so make sure that you really want this plant in your garden before you add it. 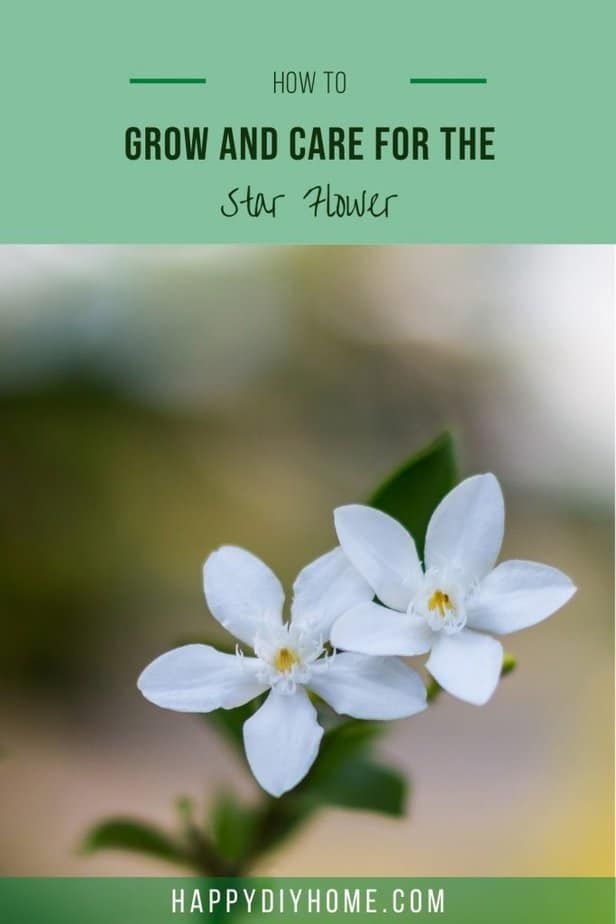