Enjoying a resurgence in popularity, nothing tastes quite like a lime. A citrus fruit, the tangy sour taste of the lime is a unique flavor.

Native to southeast Asia, Arab traders introduced lime trees to Egypt and North Africa during the 10th century. Later Crusaders introduced the lime tree to the Mediterranean, where the plants still thrive to this day. Today, a range of different types of limes can be found growing in many of the tropical and subtropical areas across the world. 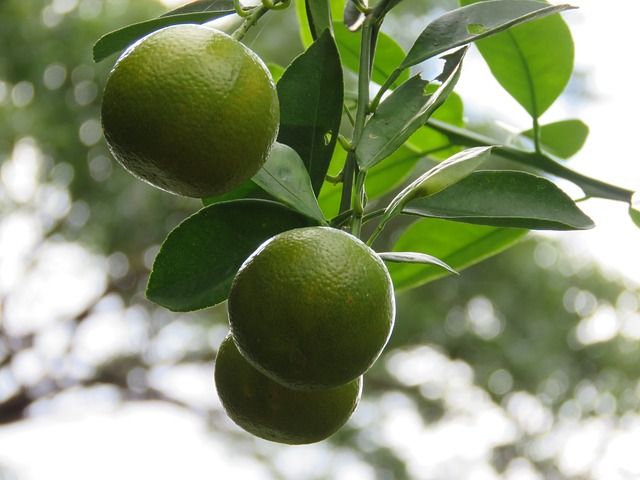 Many types of limes grow throughout the world.

As well as being a popular ornamental plant limes can also be cultivated in gardens and greenhouses. The plants are considered hardy in USDA Zones 9 to 11. They are also grown commercially throughout the world, amongst the top producers currently are China, Mexico and India.

A hybrid fruit, the lime typically is more acidic and has a higher sugar content than the similar looking lemon fruit. As well as yellow and green fruits you can also find dark red or maroon types of limes.

The following 10 types of limes are amongst the most useful, attractive and commonly grown.

The Key or Mexican lime (Citrus X Aurantifolia) is one of the smaller rounder types of limes. It is also more yellow in color than other varieties. This hybrid fruit is native to southeast Asia. Today the majority of Key lime fruits are grown outside the United States.

A key ingredient in key lime pie,  these richly acidic fruit can also be used for juicing. The soft skin of the Key lime means that it doesn’t store well. The pulp typically contains more seeds than other types of limes. 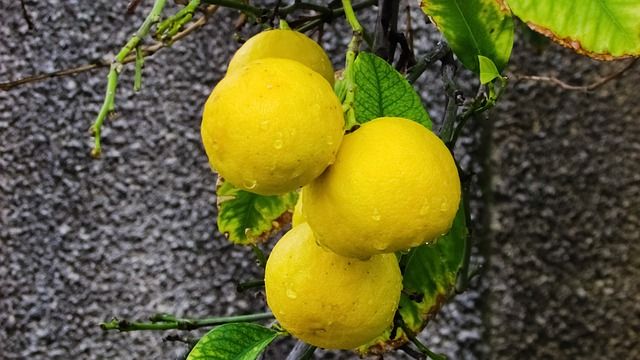 The Key Lime is one of the most commonly grown types of limes.

The Australian Finger lime (Citrus Australasica) is often referred to as the caviar of the citrus plant. It is largely because of this caviar-like texture that the Australian Finger lime is an increasingly popular fruit. Commonly found growing wild in the rainforests of South East Queensland and New South Wales, these shrubby plants can grow to a height of 6 to 23 ft.

Coming in a range of colors, including pink and green, fruit of the Australian Finger lime has a robust lemon-lime flavor. Coupled with herbaceous undertones it is a popular ingredient in both sweet and savory dishes. The Australia Finger Lime is often used to add flavor to seafood dishes.

One of the many hybrid varieties, the Blood lime was first developed in Australia. As the name suggests, the Blood lime is blood red in color. Smaller than other types of limes, this egg shaped hybrid is a cross between the Ellendale mandarin and the Red Finger lime. Interestingly one of its parent plants, the Ellendale mandarin is also a hybrid, made by crossing mandarins and sweet oranges.

The Blood lime is popular for its sweet taste and attractive color. It can be used in sauces or for making preserves, condiments and drinks. The Blood lime is less fragrant than other types of limes. 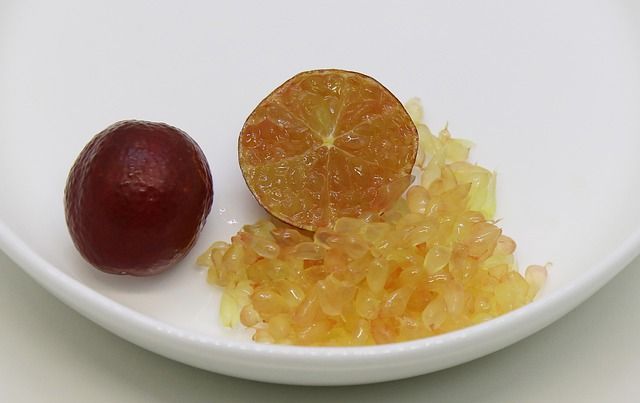 Mamoncillo or the Spanish lime comes in a range of colors, from pale yellows to salmon-orange colored fruit. Growing in small closets, the skin of these green fruits is surprisingly tough and can be difficult to open. Sour in flavor, when ripe the Spanish lime can taste sweetly acidic. There are often a few large white seeds in the center of the fruit. These can be roasted and eaten.

Spanish types of limes are not actually citrus fruits. Part of the soapberry family, they are a cousin to the lychee.

The Merdeka is another of the hybrid types of limes on this list. Released onto the market in 2010 the Merdeka is a cross between the Kaffir lime and Calamansi lime.

A fragrant fruit, the Merdeka has a bumpy or dimpled outer skin. Once opened the Merdeka pulp is slightly bitter and usually seedless. However, sometimes the fruit can bear a few seeds. The strong citrusy aroma of the Merdeka means that it is popularly brewed into a tea. It is also rich in antioxidants, more so than many other types of limes.

A round, bumpy lime, unlike other types of limes there is little juice in the Kaffir. If juice is found it is often bitter in flavor. Instead the Kaffir lime (Citrus Hystrix) is commonly used for its zest, adding flavor to Southeast Asian dishes.

The foliage of the Kaffir lime is also a source of pleasingly fragrant oil. 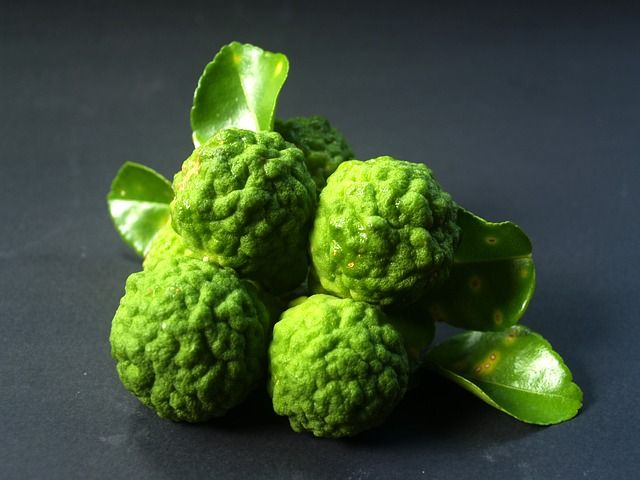 The bumpy skin of the Kaffir lime.

A popular, tart fruit, the Calamansi lime (Citrus X Microcarpa) is sometimes called the Musk lime or Calamondin lime. A common ingredient in many Philippine dishes, these small orange fruits rarely exceed 1 inch in diameter. The skin of the Calamansi is surprisingly thin and prone to bruising. This means that the Calamansi lime doesn’t transport or store well.

The Calamansi can take up to 1 year to fully ripen. Consequently, Calamansi types of limes are more commonly cultivated as ornamental plants, either as full sized ornamentals or as bonsai trees. 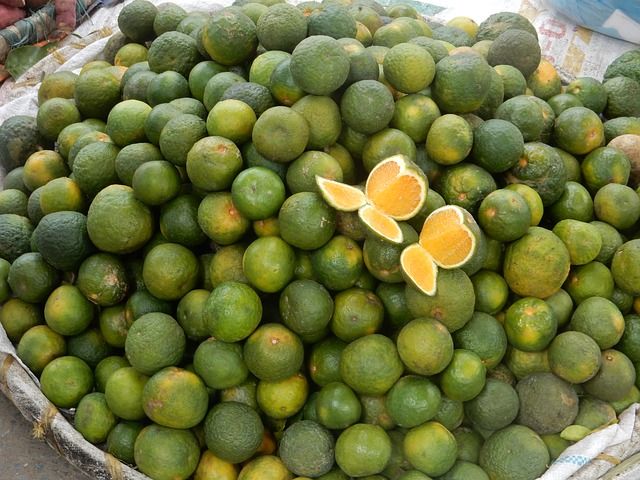 Slow to mature, the Calamansi lime.

Commonly sold in supermarkets, there are two types of Tahiti lime (Citrus X Latifolia), the oval, egg shaped Persian cultivar, which grows in Florida and the Bearss. This is a small seedless type commonly grown in California.

Both varieties of Tahiti lime are yellow-green when mature. However, they are usually picked and sold before they fully ripen and are still deep green in color. At this stage, before maturity is reached, the flavor is richer. These fruits are sometimes called the bartender’s lime. Great for both cooking and using to add flavor to drinks, the Tahiti Lime is also ideal for indoor cultivation.

Small but with a strong aroma and flavor, the Omani is native to Oman. Not as sweet as other types of limes, the Onami lime is commonly boiled in saltwater and when dried used as a spice or brewed into a flavorsome tea.

The Kusaie is oval in shape with a thick, deep yellow rind that is easy to peel. Not as acidic as other types of limes, the Kusaie has a pleasing rich flavor and very few seeds.

One of the more cold tolerant types of limes, the Kusaie probably originated in India as a form of Mandarin lime. Interestingly the Mandarin lime is a general name which is often used to describe 3 separate types of lime: the Kusaie, Otaheite and Rangpur.

The Kusaie is one of the types of Mandarin lime.

As well as the lime varieties described above there are also more unusual varieties such as Limequats, which are a cross between limes and Kumquats. These small, round fruits are yellow in color and have a noticeable acidic flavor.

You may also see the wild lime plant. However, this is a flowering shrub and is purely ornamental. It is neither a citrus fruit nor does not produce edible fruit. The wild lime can be grown outside or undercover as an unusual  houseplant.

Sometimes called Linden trees, lime trees are typically large, deciduous broadleaf specimens. Amongst the heart-shaped green foliage, small, usually round fruit develops. When grown outside the lime is popular with pollinators. Bees in particular seem to adore the nectar-rich flowers. Many moths such as the lime hawk-moth are also drawn to the plants. 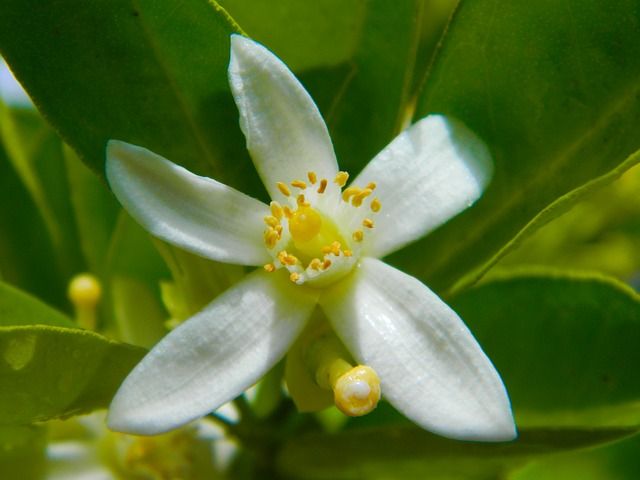 Typically hardy in USDA Zones 9 to 11, most types of limes are perennial plants. With the right care they can last for up to 10 years.

Many larger garden stores and some plant nurseries sell lime trees. If you want a more exotic cultivar, you may need to visit a specialist breeder or online store. Plants should always be purchased from a reputable supplier.

When selecting a lime tree, try to select a healthy, robust looking specimen. Check the plant for any signs of disease or damage.

Where to Plant a Lime Tree

When selecting the growing position, sunlight is key. All types of lime trees love the sun. Preferring full sun, they can also grow in partial sun. While a sunny, south facing position is preferred, any natural light will do.

Lime trees are best planted in moist, well draining soil.  Exposure to even a little standing water will kill the plants. A soil moisture sensor is a useful investment if you struggle to know exactly when to water your plants.

If you are planting a lime tree outside, it is best placed at the back of a border. You can also grow larger types of limes as a specimen plant in the center of a lawn or as part of a living fence.

Additionally, if you are planting a taller specimen take into account any overhead or nearby objects. As the lime tree grows and spreads you don’t want it to block out light from reaching other, smaller plants or to take out any overhead obstacles.

To plant, dig a square hole. Soften the edges of the hole with a garden fork. Once placed in the hole, the top of the root ball should sit level with the soil. Backfill the hole and firm the soil down. As you backfill the hole tamp the soil down continually to remove air pockets. Water well and install a stake. A Dalen Tree Stake Kit contains everything that you need to encourage young saplings to develop a healthy, upright growth habit.

In cooler climates, USDA Zones 9 and cooler, plant your lime tree in a pot. Plant as described above in light, well draining potting soil. While smaller specimens can be cultivated undercover, placing the tree on a Bright Creations Metal Plant Caddy enables you to move the plant undercover during the cooler fall and winter months before returning it outdoors in the spring.

Once established, continue to water your trees regularly. These plants quickly drop their leaves if the soil is allowed to dry out.

When watering, be careful not to overwater. Too much water can drown the roots and kill the plants.

Most lime plants are heavy feeding specimens, particularly if planted in containers. Fertilize the plants with compost or nitrogen rich fertilizer every few months.

Regular pruning helps to keep the plant’s growth habit under control. Pruning on a regular basis is particularly useful if you are growing undercover or in a container.

Unless you are pruning to control the size, during the first few years the only reason to prune most types of limes is to encourage healthy growth. This means removing damaged or crossed branches. You can also prune to encourage a healthy or even shape.

Finally, you will need to keep your lime trees warm. All types of limes struggle if surrounding temperatures are allowed to fall below 50 ℉. Prolonged exposure to cold temperatures can kill them. 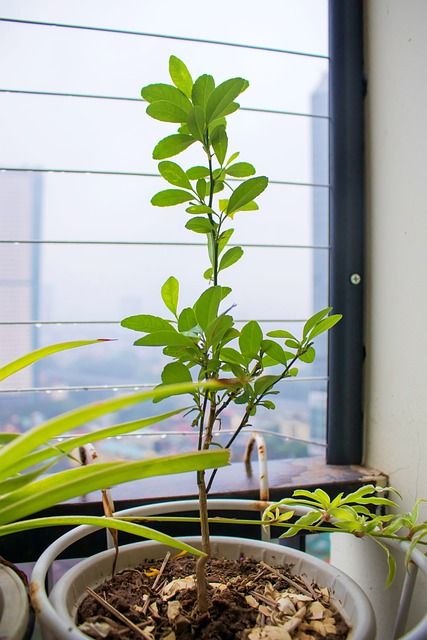 As long as they receive lots of sunlight, these low maintenance plants will grow almost anywhere.

An attractive ornamental plant, the fruit of the lime is a useful bonus. However you choose to use your lime tree, they are undoubtedly a reliable addition to the home or garden. 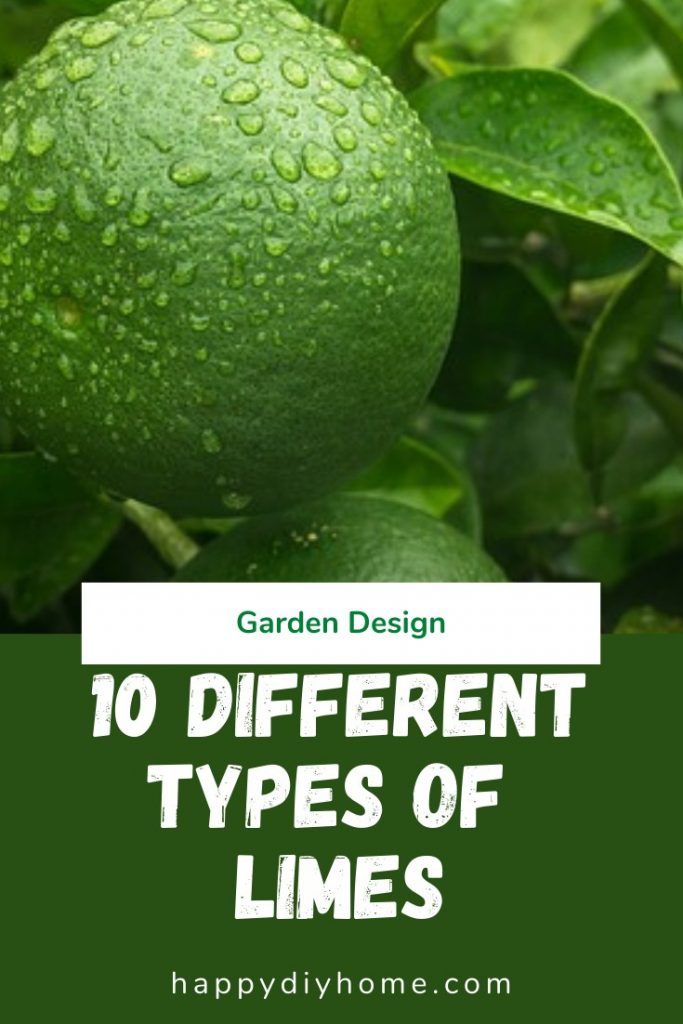 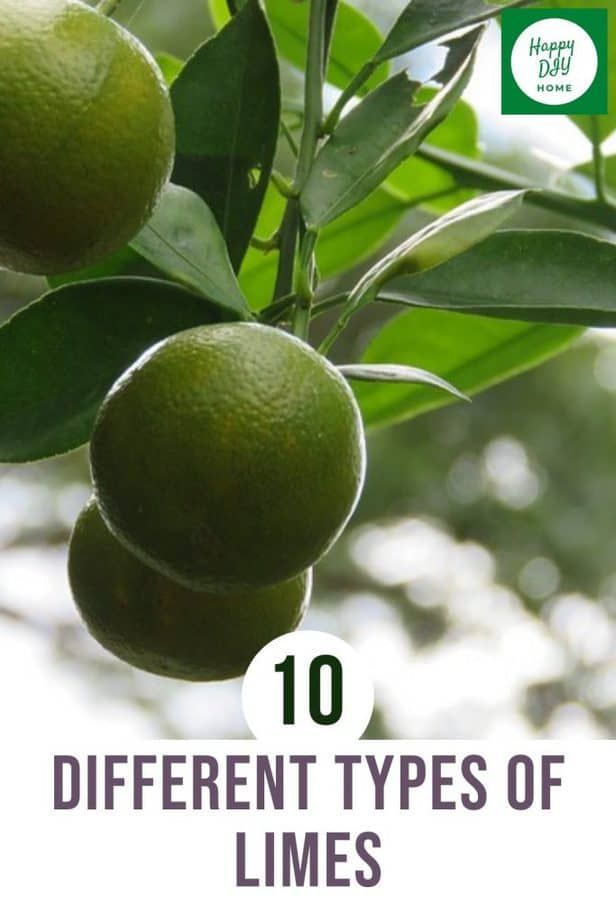